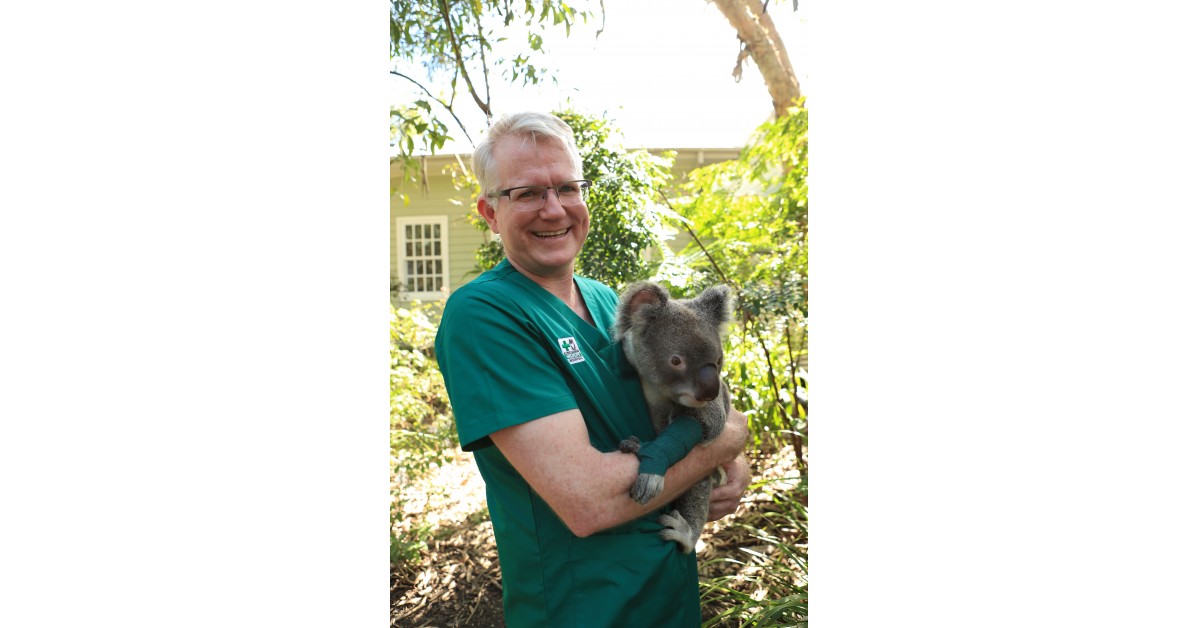 The current bushfire catastrophe has left Australian wildlife and the selfless people that care for them in dire need of support.

CURRUMBIN, Australia, January 9, 2020 (Newswire.com) – Nearly 18 million acres of land have been burned in Australia and much of it bushland, forests and national parks, impacting millions of animals and putting a strain on animal hospitals, fire brigades and other charities that are diligently responding to the crisis. Wildlife organizations throughout Australia have been overrun with burnt and injured animals from the catastrophic bushfires devastating huge parts of the country.

Dr. Michael Pyne, head veterinarian, with the Currumbin Wildlife Hospital and his team have been working around the clock for many months, caring for the sick and injured wildlife. He said, “The recent fires have seen a significant increase in native animal admissions. Our hospital is at capacity with injured animals arriving from around Australia daily.”

The hospital has grown to be one of the busiest wildlife hospitals in the world, admitting more than 12,000 animals, including 600 koalas each year. This service is provided free of charge to the community. The skilled and experienced veterinary team, supported by volunteers, prides itself on providing the highest level of veterinary care to all of its patients.

Advertisement
and funds Currumbin Wildlife Hospital, and its vital work
Advertisement
of treating, rehabilitating and releasing sick, injured and orphaned native wildlife. Currently, its seeking donations via a GoFundMe campaign to help support the work in the wake of the devastating fires, which are unprecedented in the country.

Australian Firefighters have never faced these conditions before. Years of severe drought have left the country tinder dry. The backbone of the firefighting effort is led by the volunteers of Australia’s Rural Fire Brigades, a citizen fire service, which has worked tirelessly to defend their communities. Sadly, many have lost their own homes while trying to save others.

“For Rural Fire Brigade volunteers to see the devastation to the Australian wildlife and the local communities they defend is tragic. This fire season truly reminds us that fire is a force of nature,” explained Justin Choveaux, general manager of the Rural Fire Brigades Queensland.

In addition, many organizations have been involved in the response, including the NWS Rural Fire Service, CFA, Salvation Army, and the Red Cross.

Currumbin Wildlife Hospital is one of the busiest wildlife hospitals in the world. The hospital relies on community donations to support its work tirelessly treating, rehabilitating and releasing native wildlife. For more information or to donate to the hospital directly, please visit http://currumbinwildlifehospital.org.au/.

22 mins ago CBS This Morning

36 mins ago CBS This Morning