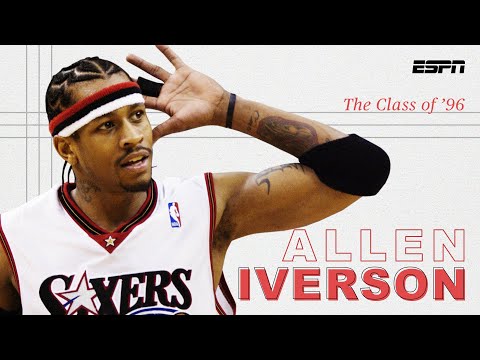 On this episode of The Class of ’96, Bomani Jones looks at the life and career of Allen Iverson. Iverson was the smallest player ever to be selected with the No. 1 overall NBA draft pick, but he left a massive imprint on the league. His scoring prowess, electrifying crossovers and fearlessness earned him a place in the Hall of Fame. And his unapologetic demeanor made him a cultural icon. Iverson never won a title, but fans will remember him as one of the most singular stars in NBA history.
#NBA