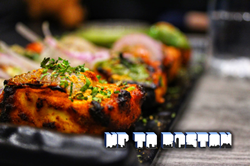 Up To Boston’s Best Indian Food in Boston Award

Over the past years, Up To Boston has become known by readers for snarky takes on local news and since its inception, the Boston-based news site has been on a rapid growth trajectory.

Up To Boston is among the fastest growing news sites in New England, with up-to-date local reporting & a growing column dedicated to city guides. This month, Up To Boston released its first ever list of the Best Indian Restaurants in Boston based on staff favorites and aggregated, crowd-sourced reviews collected by Up To Boston’s parent company Impress3 Media, a bi-coastal news publisher.

This news organization is known for snarky takes on local news and since its inception, Up To Boston has been on a rapid growth trajectory, reaching millions of Massachusetts eyeballs in 2019 alone. In 2020, Up To Boston has experienced a fur

Advertisement
ther accelerated pace with an increase in traffic of nearly 2x compared to December 2019. This been partially fueled by the site’s expanding fan-base and their interest in new
Advertisement
articles recognizing the Best of Boston.

Over the past years, Up To Boston has become known by readers for pieces such as comprehensive lists top thrift stores or dog parks in Boston. A couple of crowd favorites have also been ‘listicles’ of the Best Sushi Spots and the Top Boston Farmers Markets, which drew in much social media attention and tens of thousands of readers.

Up To Boston’s Best Indian Restaurants list recognizes a variety of locations like sit-downs Masala Art of Needham and Indian Pavilion in Cambridge, as well as fast-dining options such as Mint Indian Eatery in Somerville. Also, acknowledged on the list is Nirvana in Cambridge, Kashmir on Newbury, India Quality on Commonwealth, House of Kebab with multiple locations, Masala in Somerville, Mela on Tremont, Shanti with multiple locations, and Vaisakhi on Sutherland to round out the list of Top Boston Indian Food.

Up To Boston plans to release many more well-researched and snark-filled articles on the Best of Boston in the coming months.

Gowdy on impeachment witnesses: Either call them all or don’t call any

Sen. Schumer calls on Republicans to ‘do their duty’ l ABC News

Dems double down on call for evidence, witnesses